There’s an art documentary coming out in a couple of weeks called The Price of Everything.  You might already have heard of it; critics seem to have been dissecting it since the trailers first appeared.  Will I be going to see it?  Probably, but not with much excitement. I don’t understand exactly what – if anything – it’ll be telling us that’s new.  You don’t exactly have to be deeply involved in the art world to know that some paintings sell for a lot of money and that art is often valued more by its market value than its meaning.  Artworks selling for big prices hits the headlines fairly regularly – I’d be willing to bet that most people could at least tell you this about the art world.  From the trailers, at least, it doesn’t look as though The Price of Everything is adding anything to this interpretation: ‘Rich People Buy Art For Absurd Prices’ is not news. 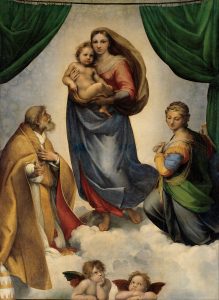 I also think that “Art and money have always gone hand in hand” – the second sentence of the trailer, isn’t quite right.  Historically, art hasn’t just been about an investment: it’s been a piece of luxury, created and selected to impress.  Of course, it’s still precisely this in a way; how rich people to display their spending power to other rich people.  But apart from this elite group, who does buying art signal to?  Here is not the place to go into it deeply, but there are good reasons why, for centuries, the majority of art was associated with (and paid for by) religions and royalty.  It was a statement of more than just financial abundance: it was about public expressions of power and authority.

The thing is that increasingly, money isn’t the only luxury.  I definitely wish I had more of it to be able to both pay my bills and save for a trip to Bali* – but just as often I’ve found myself wishing for time.  Does anyone else get excited about having a a free Saturday?  Or knowing that after work you have an evening with no plans other than sitting on the sofa and catching up on TV?  It’s not that I regret most of the things I spend my time on, but that there more often feels like too many things to fit into too few hours.

Which brings me to the crux of this post, the reason I said art was about luxury and not simply money.  It’s my belief that art is increasingly demanding we invest our time as much as anything else.  I’m not even talking about producing art, but simply consuming it.  As spending time becomes as much of an indulgence as spending money, we might be seeing art explore this new relationship with a luxury commodity.  Its medium?  The rise of the film installation. 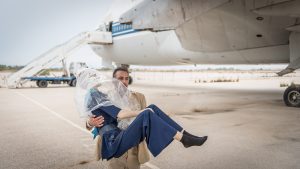 Film art itself is nothing new, but it seems to be gaining both traction and popularity. I recently wrote about my visit to the Turner Prize, and of quite how long it takes to view the whole show.  What I didn’t mention was how nobody seemed to mind.  Indeed, an hour into Naeem Mohaiemen’s Tripoli Cancelled I was suddenly struck by the realisations that a) nobody had left (out of perhaps 80 people) and b) that nobody was – or in my observation, had been – checking their phone.  If my gallery-going and invigilating experiences have taught me one thing, it’s that this is an increasingly rare occurrence in galleries.  The Turner Prize isn’t the first place I’ve noticed such an abundance of film.  In fact, I’ve already written a piece on this theme over at Corridor8 – I even talked about the demands film makes on our time.  But the Turner Prize experience made me think a little bit further about what might be going on.

Art that takes up your time is a new kind of luxury experience.  But it at least has the potential to be a democratic one.  The “famous” art might be getting locked away by billionaires, but it’s much more difficult to ringfence a film as an exclusive product.  A Youtube search quickly brings up results for work by Tacita Dean, Nam June Paik, or even work that featured in this year’s Liverpool Biennial such as Taus Makhacheva’s Tightrope.  Moreover, I would argue that watching a film on a computer screen does not diminish the experience as much as viewing a more physical artwork does.  I never cease to be amazed at the difference between what I expect a painting to look like and what it actually does in reality: the scale, colours and textures will affect how I view it.  But the trope of the bland ‘white cube’ gallery is rarely more true than in how films are exhibited.

As for why artists are turning increasingly to film, I think there’s a couple of possible reasons that are consequences of the Zeitgeist.  One may well be the easy (lazy) observation that we live in an Insta-world now: images are easily consumed, whereas TV has become the default way to tell a long-term story. But I think there’s a more subconscious effect too.  If time is indeed a luxury, then getting us to indulge is another way in which a piece of art can be imbued with a sense of value.  It doesn’t solve the general screwiness of the art world (a situation which this article from Frieze captures beautifully), but making spending time with an artwork a primary feature of its form at least gives us another option for forms of indulgence.

*other far-flung and expensive travel destinations are available.