It’s the year Messy Lines got serious, becoming not so much a hobby as a life direction.  I quit my full-time job to write for more media on more topics.  I’ve started an MA, so that I know what I’m actually talking about from a proper perspective.  These are all scary, risky things to do, but writing has made me realise how strongly I feel about encouraging people to engage with art, and if I didn’t at least try to make a career out of it I’d regret it.

My hope for 2018 is that genuine paid work in this field actually exists.

A consequence of these life choices is that many of the pieces featured in this list are to be found outside of Messy Lines, and this may well be a template for next year. Going through what I’ve seen this year, and one thing which struck me is the diversity of voices 2017 has showcased.  I love that Liverpool has been a hive this year of non-traditional arts voices: not just straight white (dead) men, but emerging and alternative perspectives. These are the voices I want Messy Lines to make you aware of.  Next year I’m going to be putting a lot more focus on emerging and independent talent, which needs and deserves as much support as the more established galleries.

I haven’t chosen an overall favourite this year.  And all I can really think about are all the brilliant things I’ve missed off this list.  But here are 5 things I’ve seen this year which have been Very Good Indeed.

the “small” gallery show: nOTES ON queerness, the royal standard

Exhibitions from the perspective of queer artists were quite a theme of Liverpool’s art scene this year.  It was fascinating to see the way in which the familiar themes of love and self-expression were altered through this prism, and it made you realise how rarely they’re seen.   Notes on Queerness was a show which perfectly expressed how experiences of emotion and identity can be so different.  How we mustn’t let ourselves think that everything is fine and OK now, because it’s different in ways that some of us can’t even recognise.  It was funny, sad, angry and sensitive – an impressively wide-ranging perspective.

The “big” gallery show #1: larissa sansour, in the future they ate from the finest porcelain, the bluecoat 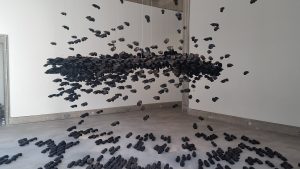 In the range of exhibitions put on by Bluecoat over the course of its 300th anniversary, this was the one I liked the most.  Using science-fiction and real intervention to create a new narrative for the subjects of oppression.  Her methods left visitors curious, considering ways a narrative can be changed, justice delivered for the future.  Even if you don’t agree with her politics, Sansour’s methods make for engaging conversation, with implications for our perspectives on history. 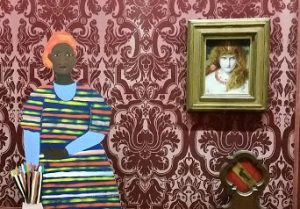 Lubaina Himid: an artist who’s time has truly come in 2017.  These figures have been in the NML collection for a few years now, but this is an inspired situation of her works – striking, deceptively naive characters – to create a conversation with the treasures on the walls, to emphasise their origins in power and privilege.  It gives a voice to the voiceless, and makes you look differently at what we can easily take for granted.

the event: The Liverpool Mass

This is an odd one, as I’m not sure I can say I enjoyed it.  This was on the same night as Eurovision, and I don’t think you could have found a more contrasting event to attend, such was its intensity.  But if it wasn’t easy, it was exactly the kind of event I’m glad exists.  A challenge to the status quo of what sacred music is, in the perfect setting of the still somewhat controversial Metropolitan Cathedral.  Not necessarily ‘fun’, but important. 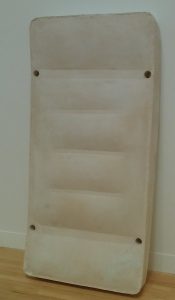 I have actually been down to London for shows across the year, although I’ve tended to Instagram them more than blog.  Whiteread at Tate is a great retrospective, using its clean, neutral space to bring you face-to-face with her work.  Seeing one of her sculptures in singular is one thing, and is easy to cliche, but in union their wistfulness is amplified.  It will delight Whiteread fans and newcomers alike.