God knows, really, why I chose to spend a sunny, 23°, OCTOBER day sitting in darkness for 3-and-a-half hours watching films.  I guess it seemed like the “thing to be done” on my slightly impromptu London trip – a way of checking in with the “proper” art world (or perhaps more what establishments like to think of as the “proper” art world).  At least I had lunch outside.

The media always likes to make a meal out of the Turner Prize, and this year’s controversy is that it contains no painting or sculpture.  I’ve no problem with this – I have, in fact, recently written a piece over on Corridor8 about the prevalence of film in the Liverpool Biennial.  Good film art can be just as beautiful, or compelling, or dangerous as any painting or sculpture.  It’s a balance, though – it’s obvious to realise how bored you are when it goes bad. 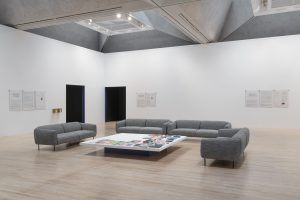 The thing of note in this Turner Prize, though, is that for the most part it’s neither good nor bad.  It’s…fine.

The arrangement of display is slightly odd.  When you walk in you’re confronted with a white reading room, off from which the films are playing in their separate spaces.  It’s probably the most practical way of showing, but it gives the show a strange feeling.  If there were less people it might feel a bit like a sequence from a sci-film film, or video game.  Make Your Choice, see-parallel-worlds kinda stuff.  But even on this warm day its busyness made it feel like the world’s most literature-heavy waiting room.

I had no preference about where I started, so I wandered into Charlotte Prodger’s Bridgit.  The name comes from a neolithic goddess, and the story is set in the ancient landscape of Aberdeenshire.  There’s been a bit of fuss about the fact that it’s been shot on an iPhone, but this doesn’t really matter – many of the shots are undeniably beautiful.  In places, Prodger jumps back into a more mundane scene, such as her cat playing, which you feel is meant to echo the disconnect she feels between this environment and the biographical experiences described in the narrative of coming out and having an operation.

Prodger’s work isn’t a bad place to start, and I enjoyed this film well enough.  The problem is that in this Prize, its message is a little pushed into insignificance by two of the other artists here.  Both Forensic Architecture and Naeem Mohaiemen deal with the Big Theme of international political injustices, which diminish any punch that Prodger’s personal narrative had.

Forensic Architecture’s installation is definitely the least “arty”, and the most worthy.  The starting point for The Long Duration of a Split Second is a short piece of footage capturing the moments before an attempted Israeli demolition of a Bedouin village.  The exhibition investigates the work Forensic Architecture have done in uncovering the truth of how the incident unfolded, vindicating a teacher falsely accused of terrorism by the Israeli authorities.  It’s undoubtedly important work. In a way, the question is it art? is extremely facile: it’s not at all the ultimate intention of the project.  On the other hand, when the prize is being judged partly based on this exhibition, I do question this display format.  This felt like a lesson more than a space for contemplation. 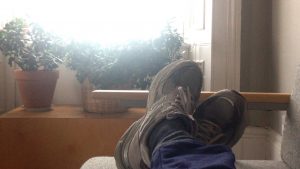 The two films by Naeem Mohaiemen being shown here are the longest, at around 90 minutes each.  I will confess that I didn’t watch all of both.  I did watch all of Tripoli Cancelled, a story about a man living for years in an abandoned airport by himself.  Described as fictional, it actually feels allegorical: with international refugee crises, there’s many people in the world experiencing this kind of limbo.  At points, Tripoli Cancelled poignantly and perfectly captures how this between-worlds space might feel.  These moments are so well done, it kept me hanging on through the stretches of the film where it lagged significantly – although given the subject, it wouldn’t surprise me if that was intended.  Two Meetings and a Funeral is a documentary about the struggles of Middle Eastern politics.  It mostly reminded me of an Adam Curtis BBC4 film in mood and design, but this isn’t meant as a negative.  Again, there are moments of great tension, although we know where the struggle is inevitably ending.  But also the same lagging sections that make you wonder whether being this long is necessary.

This is what I mean about works being fine.  They each have their strong points, but each also comes with its own questions and flaws.  There is a problem inherent within this.  If the Turner Prize is meant to be about rewarding the best of British art – especially considering the changes they’ve recently made to expand who qualifies – fine doesn’t really cut it.  I consider myself pretty far out of the art world in many ways, and even I’ve seen better films this year. 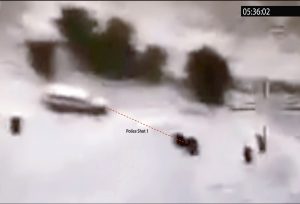 Image 3: A document by Forensic Architecture

The only artist who’s work I really wouldn’t describe as in any way fine is Luke Willis Thompson.  Not having seen his work in person before, I hadn’t been able to form my own opinion about the accusations of racism.  But: oooh, boy.  Each of his three films are, to put it mildly, uncomfortable viewing.  Not uncomfortable in the way of “it’s bad but important” but in a nasty, exploitative way.  I think he’d shoot like this anyway, but it does matter that he’s chosen to focus on the high-profile suffering if people of colour.  They really don’t feel like they’re “shining a spotlight” on injustice so much as indulging in their hardship, a kind of misery porn.  This shouldn’t be anywhere near a prize for an “outstanding exhibition”.

If Willis Thompson wins we can all throw our hands up in despair.  But if anyone else out of the others wins, I can’t see art changing much.  I think Forensic Architecture will probably win for doing the most important work, but there’s is less of an artistic impact than a social one.  Artistically this year may raise the status of film as an artistic medium, but otherwise doesn’t feel particularly significant.  It’s fine – but isn’t The Art World meant to do better than that?