This list has probably been the hardest thing to write this year.

Since starting Messy Lines I’ve written my opinions on 37 exhibitions.  Most of them have been good, some great.  Some have made me feel genuinely excited to be there, sharing in the vision.  Others have stimulated my intellectual curiosity, but have been aesthetically less satisfying.  There have been shows from giants of the art world, and less well-known artists.  Plus while I’ve been to great shows outside of Liverpool, the city’s had an excellent artistic year, and I wanted to fairly weight my commitment to supporting that.

The categories was the best way I could pull all of these diverse elements, to fairly reflect the different spaces in which I’ve viewed art.  Tough decisions still had to be made, but at least from a more level playing field.

All the Love I have for the Pumpkins

My criticisms of this one were much more to do with the show’s organisation than its content.  I didn’t envy the team at Victoria Miro for trying to cope with that many people and although it was a curtailed experience, at least it was equally curtailed for everyone.  There was something about Kusama’s “mirror rooms” that really makes you feel you are feeling, or understanding, something about the mind.  And that made each 30 seconds worth queuing for.

The one from the Biennial: Lara Favaretto’s Momentary Monument 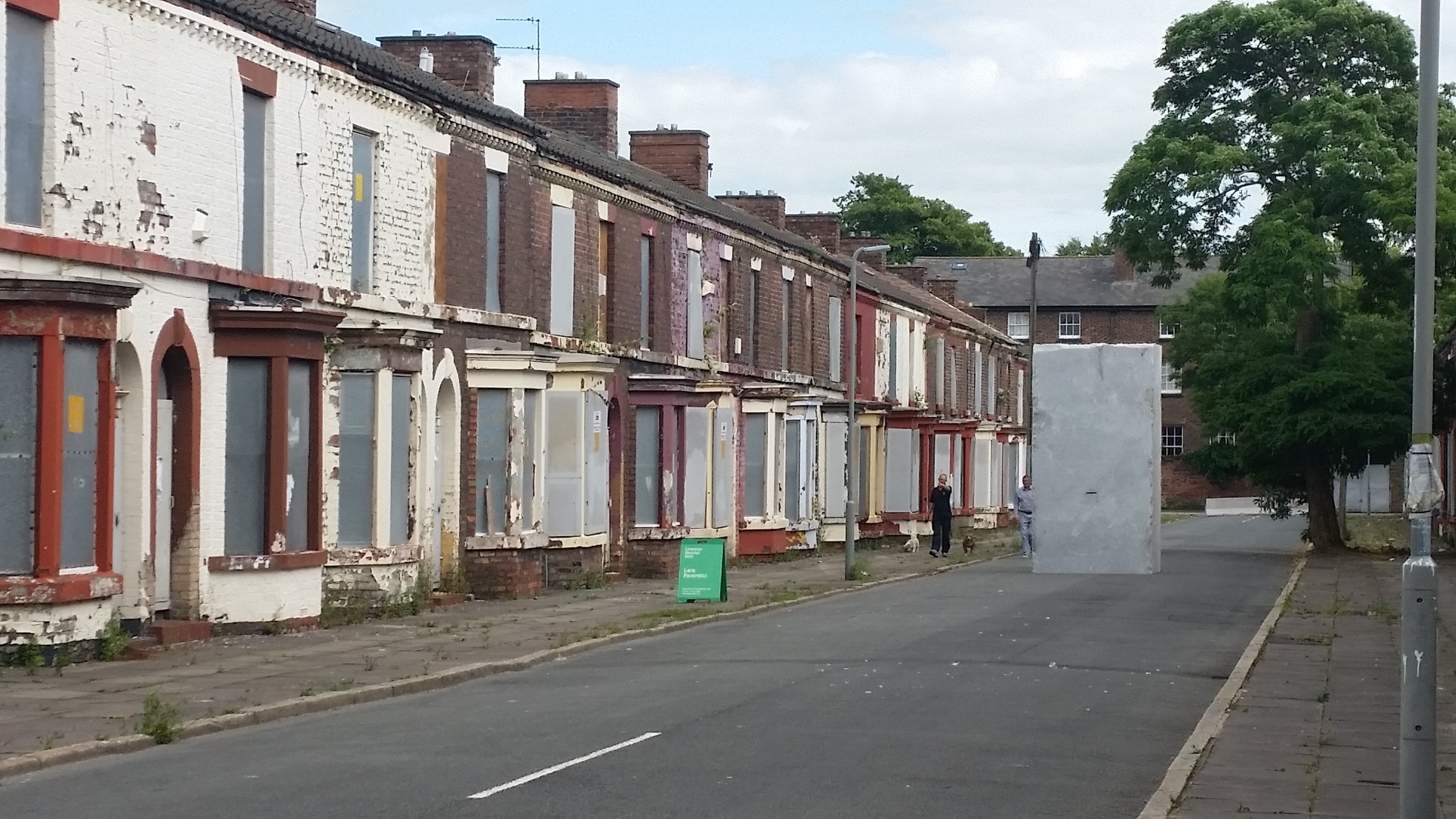 Choosing which part of the Biennial to pick for this list was a tough decision; the show was so broad in both geography and ambition.  I chose Momentary Monument for being one of the most striking and inspired pieces.  It was the setting that made it: standing in the centre of the street, it highlighted the desolation and loss surrounding it.  When it was destroyed it had also raised £1224 for Asylum Link Merseyside – a positive final act which symbolised how good could, literally, be made out of desolation.

To only include exhibitions from major galleries would have been entirely unfair.  They may not get as many visitors, but the smaller galleries are doing so much to support artists, and at least one deserved a mention.  Donal Moloney’s work is intricate and otherworldly, and this showcase allowed the viewer to get lost in the beauty of it all.

Tate had some strong exhibitions this year, but this was the one that really blew me away.  It’s the story of a vision, of a man, and of a colour.  Working in these monochromes is one thing which people seem to hate about modern art.  For those visitors I really felt that this show didn’t just dictate to them Klein’s importance – it makes you feel why this is so emotive, why it matters.  It’s still on.  Go and see it, I hope you’ll see what I mean. 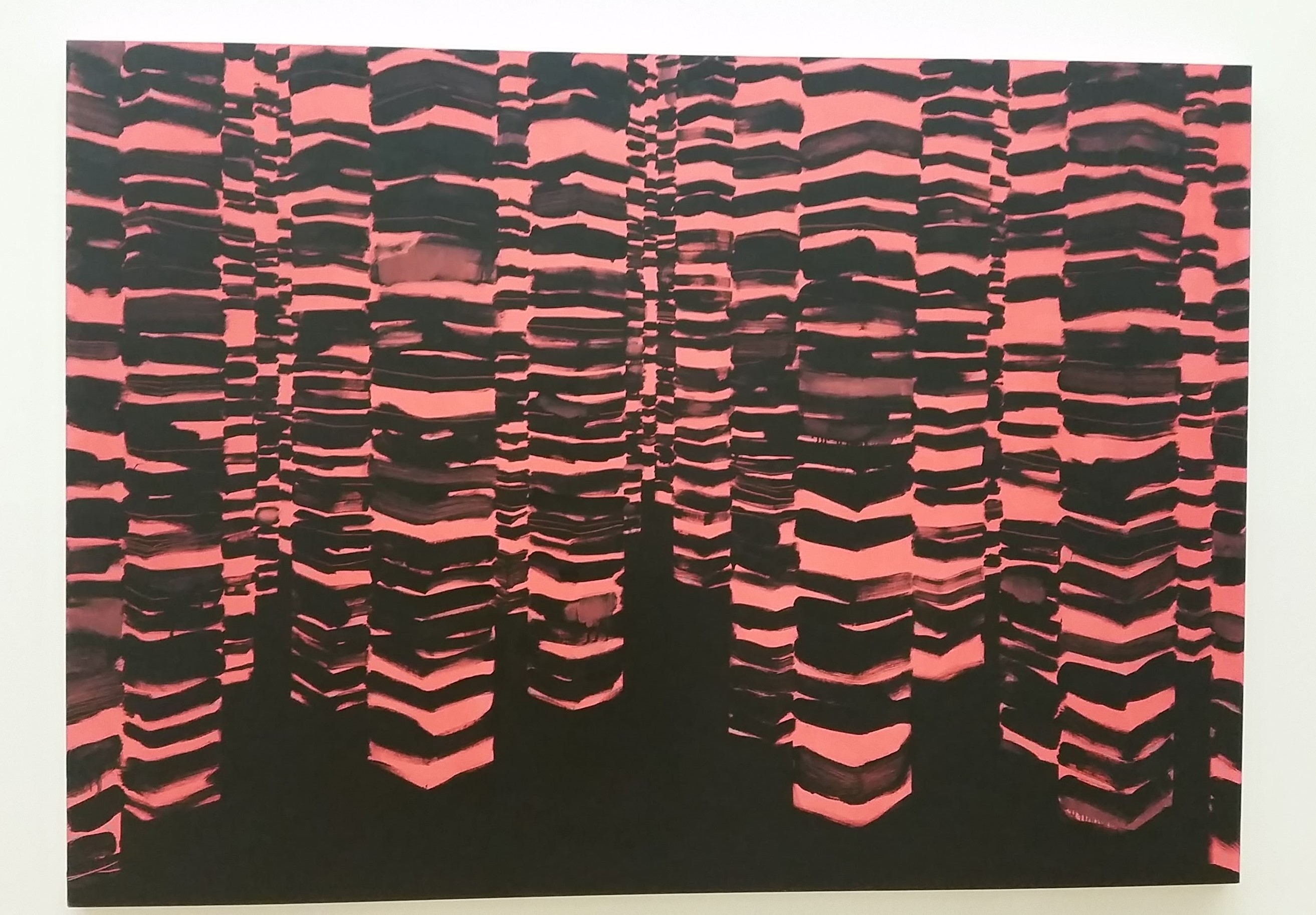 One of the things I’ve realised since starting Messy Lines is that whilst wonder can be created with all mediums, painting is my favourite.  There seems to be so much more in terms of texture, light, image or emotion that can be done with paint than I have come across anywhere else.

This show proved that we haven’t reached the end of discovering what an artistic mind can do with a bit of paint and an idea.  The sheer diversity of what was on view was great in itself, but what was even better was going and not seeing any work which was merely an imitation of anything else (as some people have tried to tell me, is all painters do now).  In a world in which the arts seem under constant threat – for financial, political or other reasons – this show was so hopeful, and had so much faith in how the future will look.