Melis often wondered why it was her luck to be an Oracle in 2017. 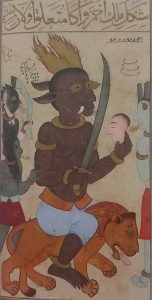 Not that it had exactly been a boom business for her sisters in recent years. Since the Victorian rise of the psychic (frauds, the lot of them), much of their traditional client base had given up trying to find the true Oracles. Why spend days or weeks carefully unravelling the truth, when someone could tell you what you wanted to hear?

And then the internet had come along, promising to satisfy all of your deepest desires with just a few clicks. The philosophical contemplation she offered didn’t stand a chance. But while she bemoaned her luck, she was damned if she was going to oversee the demise of the line. Her ancestors hadn’t hidden in caves and forests for thousands of years to have her give up in a time of such possibility.

The path of least resistance would be to join the charlatans of the Psychic Guild and start a tarot night at The George. But Melis had never done things the easy way. Besides, she didn’t think she could stomach the degradation. That meant the only path left open to her was to adapt.

For whilst her profession may have been as old as time, Melis was very much a citizen of the 21st century. She had seen the power of the internet and met it not with fear, but with intention. All it took was a skill with using a few marketing acronyms like she knew what they meant, and she found herself working on search results for FindIt. 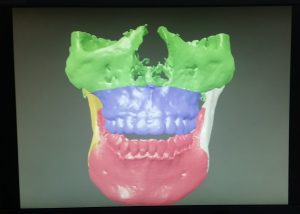 Why haven’t I done this before?, she askes herself. This was the calling of an Oracle expressed for the modern age. So many people out there asking questions, looking for the realisation of their desires. And it was her job to provide them with answers, as it always had been. More than her predecessors ever helped in their caves – more than she would have met on Psychic Wednesdays at The George.

But she still had work to do. Oracles did not just give answers; she had to try and encourage searchers to develop self-awareness. To take them on a journey of inner discovery they didn’t yet know they needed. 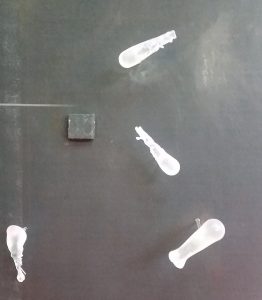 How can I have wilder sex? they’d ask. And Melis would show them the weird and wonderful possibilities for intercourse that nature had dreamed up. Usually with enough added ‘wildness’ to make the searcher grateful for what they had. Of course there were practical possibilites for improvement – somehow Melis could still be surprised by the lengths to which people were willing to go to improve their experiences.

“Are all women bitches?” they’d ask. Far too many asked. And through her anger, Melis would give them the lesson in female power they clearly needed. She’d show them lists of female goddesses. Women to be feared, yes – but also worshipped and adored. Who were cowed by no man who knew what was good for him.

Naturally, they were complaints. Why aren’t you giving me what I asked for?, the people of the internet demanded.

– But I am, she would reply. You asked, and I provide the possibilities.

– This doesn’t meet my needs!

– It does.  I’ve answered your queries. The fact that it’s not the answer you are looking for is irrelevant. The question you should really ask is: could it?

A lifetime of interpretation had left Melis well prepared to meet with the incomprehension of the majority. But ultimately, the job taught her to believe in humanity. Undoubtedly her ancestors would have bemoaned the Internet’s focus on sensual pleasures: Melis wasn’t her ancestors. In those who followed the paths she lay out, Melis saw glimpses of the infinite scope for human curiosity and achievement, the same spark which had inspired artists and inventors for centuries.  They way she saw it, having your physical desires satisfied was the first step forward for the curious mind.

And who knew where the next would take them?