My thoughts in short: “Seen by Everyone” looks and smells lovely and you should definitely stop by if you can.

My thoughts in longer form:

Jim liked his new job. After six months he was still finding his colleagues friendly and the projects interesting. He could bring in teabags without them all getting ‘borrowed’ the same day. His only regret was that to get there, he had to walk past The Box. 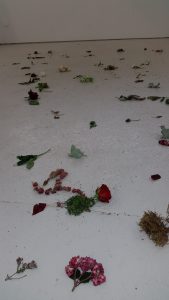 He’d passed it before of course, although the fact that it was in the opposite direction to his house from the High Street, which had seemed such a disadvantage then, had for a long time seemed more like a blessing. But this job was based in the new offices they’d thrown up a few doors down from The Box, and this once dreaded path had become his daily commute. He’d quickly realised the futility of taking any of the other possible routes in – partly because they were all longer, taking up minutes which could be better spent in bed (Jim had never been a morning person).

More significantly though, he couldn’t shake the sense that he was avoiding The Box out of shame. That was ridiculous. After all, it was still the “beating heart of the community” he’d helped it become. What, in the way they’d built it up from scratch with nothing to rely on but their sense of purpose, was there to be ashamed of?

Their group had had that special frisson which comes from a shared vision. Over a few evening pints they’d often shared ideas for changing the area, how to bring in the positive spirit it so badly needed. When they’d spotted the “For Sale” sign and realised that The Box could actually become a reality, they hadn’t even stopped to think twice. Each of them felt it: this would work. Together, by bouncing off each others’ ideas in the way they’d done so often in the pub, their positive spirit could become reality.

Why wasn’t that passion enough to keep things together? But he, more than the others, had let the stress of reality affect him. While the others had seen each challenge mountains to be climbed, he’d seen impenetrable walls. He became infuriated by what he saw as the others’ naivety. Outbursts of anger weren’t his way. Instead he retreated inwards, growing steadily more sullen, more difficult to talk to. 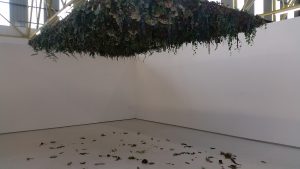 It had all ended fairly amicably. Jim had conceded that maybe a project the size of The Box had taken more of a toll than he’d expected. He promised to continue supporting their work, help out where he could. Of course he’d still meet them for a pint. But he’d never been back. It was look in their eyes that had made up Jim’s mind on that. It wasn’t disappointment: that was expected. It was sadness. They were feeling just what he did – that whether or not they kept up appearances, the essence of their relationship had withered.

Reflecting on these times was inevitable given Jim’s daily commute. Slowly though, once he’d stopped avoiding the place, he begun to find passing The Box cathartic. The feelings of nostalgic wistfulness of the end, and how it could have been, were subsiding. Continuous mental repetition of the arguments had made them boring. It was more fun to remember those early nights in the pub making plans, or winding down after a successful day. Having been part of building something people loved started to make him feel good.

They’d planted a community garden outside the building a few weeks before. Some of the roses were starting to wilt.