Gay identity has been in the media a lot lately – this year’s Pride season coinciding with the 50th anniversary of the partial decriminalisation of homosexuality being fertile ground for op-ed pieces.  Some people see Pride as a divisive event – a celebration of identity, but perhaps with a focus on stereotypes and behaviours some in the gay community want to move away from. 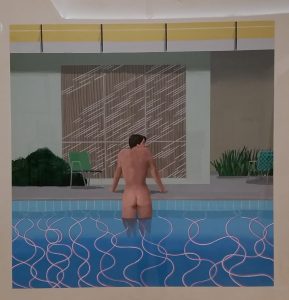 David Hockney, “Peter getting out of Nick’s pool”

To date, I haven’t had a particular opinion on the matter.  But now I’ve seen Coming Out at the Walker Art Gallery, that’s changed.  I think it (unintentionally) makes a strong case for why events such as Pride, and the need for public discussion of gender and identity, are still as relevant now as they were 50 years ago.

I tried, as always, to be an impartial visitor to the show.  And as I wandered through, I found myself noticing that many of the artworks in Coming Out seemed to be about sex – specifically, objectification & lust.

I couldn’t help but wonder – why did this aspect of the show stand out to me?  Then afterwards I wandered through some of the Walker’s other rooms, and I realise that this focus on sexual desire is far from unusual.  Is there a single room where a woman has not been painted in an idealised form, food for the male gaze?  As I wrote recently, it’s basically the whole point of what Mucha (the star of the Walker’s other current exhibition) does.  But we’re so accustomed to this fetishization in Western art, that we’ve reached the stage where it doesn’t even register. 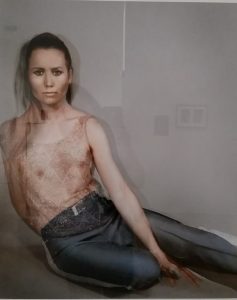 In comparison to some “traditional” artworks, many of the images in Coming Out are pretty tame.  Hockney’s Illustrations for fourteen poems from C.P. Cavafy may be homosexual, but they’re not particularly graphic.  Even 50 years ago, nobody would have blinked twice if it was a  heterosexual couple lying in bed.  It surely says something about the lack of visibility there has been for queer voices in in the art world that it seems surprising Gay voices have been present – but always in a minority, and easily boxed off as “gay artists making gay art”.

But Coming Out takes queer art out of that box, and places it in a far bigger space.  Contemporary discussion about identity covers a far wider spectrum of identity politics, recognising the intersectionality of experiences.  It’s to the Walker’s credit that this show looks far beyond the experience of gay white men,  using “queer” as a catch-all for a range of perspectives on sexuality.  There’s plenty of space given here to voices which are usually marginalised – that you my not even realise are marginal until you see them here and think “why haven’t I seen anything else like this?”.   Black lesbians, gay Indian men, feminists.  Yes, feminists – for if Coming Out is about liberation, women must be included. 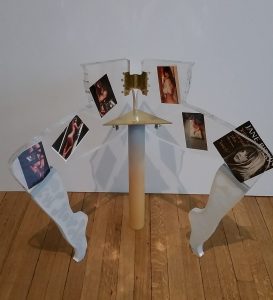 So much for the politics – but are the artworks featured in Coming Out actually any good?  The political significance is front and centre here, and looking for meaning can overwhelms aesthetic considerations.  Occasionally this political aspect masks the ordinariness of a piece – Sunil Gupta’s photo/quote recordings of gay cruising spots make their point, but aren’t particularly special.  But other works are fantastic in their own right, beyond the context of this show.  I loved Steve McQueen’s Bear, which oozed with a sensuality and tension as palpable as the wrestler’s sweat.  And I admired the bold pride on show in Zanele Muholi’s Miss Lesbian photographs.

In the centre of this show is the Forum space – a space for the public to explore and respond to questions around Coming Out.  One of those questions is whether art can change attitudes.  In fact, the show’s biggest strength is how it gives a space to still-too-quiet voices, and the audience space and material to consider our response.  It may not change attitudes by itself, but Coming Out represents a continuation of a still-relevant conversation.

1 thought on “Out of the shadows”